Heath Bedstraw (Galium saxatile) has recently been identified in one large patch amongst the heather in Sefton Plantation.

White Heath Bedstraw is related to a plant familiar to many, the extremely common annual plant Cleavers or Goosegrass. It is known to many children as Sticky Willy on account of the small round fruits covered with numerous hooked bristles which enable the fruits to stick onto woollen clothing. Not only is this an aid to ensure its dispersal, but this mechanism inspired the invention of Velcro!

Heath Bedstraw is a member of the Bedstraw Family some species of which, fragrant when dried, were commonly used to stuff mattresses in medieval times.  It is frequently found in acidic heathy grasslands on old commons like Nomansland near Wheathampstead. Two other common Bedstraws, Hedge Bedstraw (white) and Lady’s Bedstraw (yellow), which is very sweetly scented, are much more upright and are still in flower in the Cowslip Meadow, Temple Vale immediately north of Sherrardspark Wood.

August is, of course, the time to visit the heather in Sefton Plantation, which is coming into bloom now.  After the severe damage it suffered from Heather Beetle in the last two years, it is showing good signs of recovery. 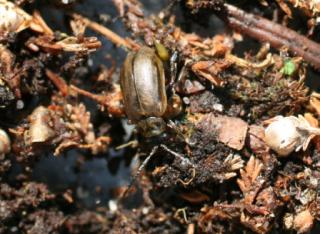